National Women in Engineering Day aims to raise the profile and celebrate the achievements of women in engineering. Here, some of our female engineers offer their experiences of working in a male-dominated industry.

Think of a job in engineering and what requirements are top of the list – An inquiring mind? Good qualifications? A willingness to get your hands dirty? What about – the need to be a man?

A controversial view but - incredible though it may be in this day and age - it’s still not an uncommon one. We’re not alone in the industry in employing significantly low numbers of women engineers.

Across the workforce, women make up just 15% and although genders are quite balanced in some areas, you can count the number of female engineers on one hand. "It’s very imbalanced,” says Wales & West Utilities People & Engagement Director Sarah Hopkins. “It’s a huge challenge for us and the industry to redress it. We are working hard to make roles attractive for women.”

“We don’t operate to a quota – it’s simply the best man or woman for the job, but when less than five women were among 150 applications for a recent role, getting that balance right is very difficult.

“Those women we do get really thrive,” she adds. “They realise the dull, rough image is very old-fashioned. There’re no boundaries to what women can achieve here and we have to do more to get that message across.”

Here some of our female engineers offer their experiences of working in a male-dominated industry. 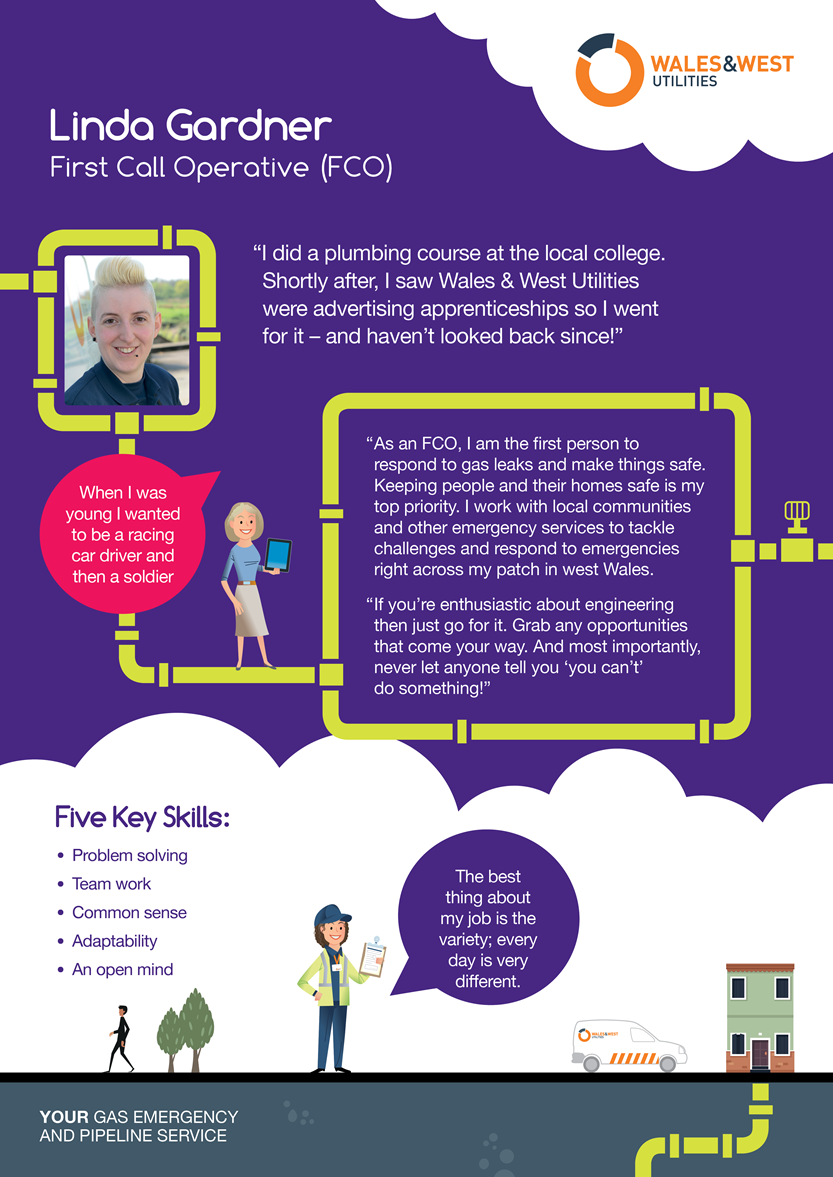 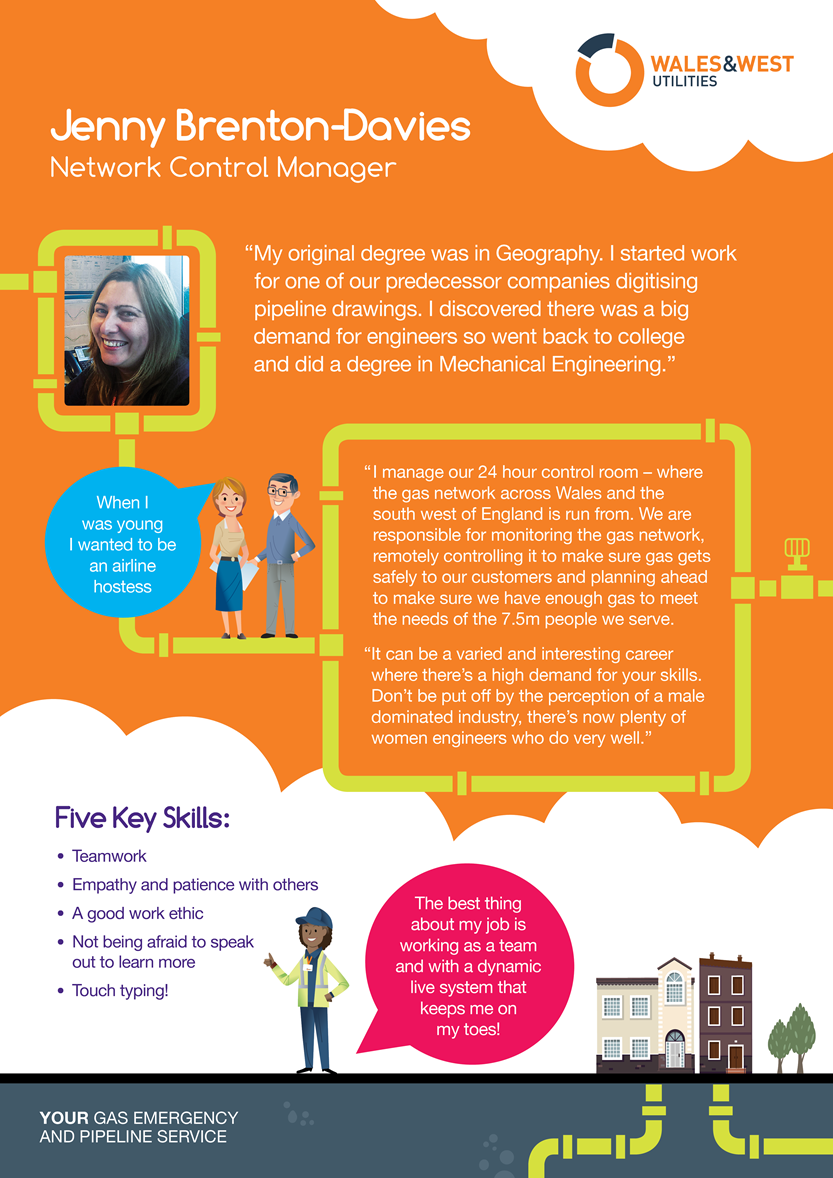 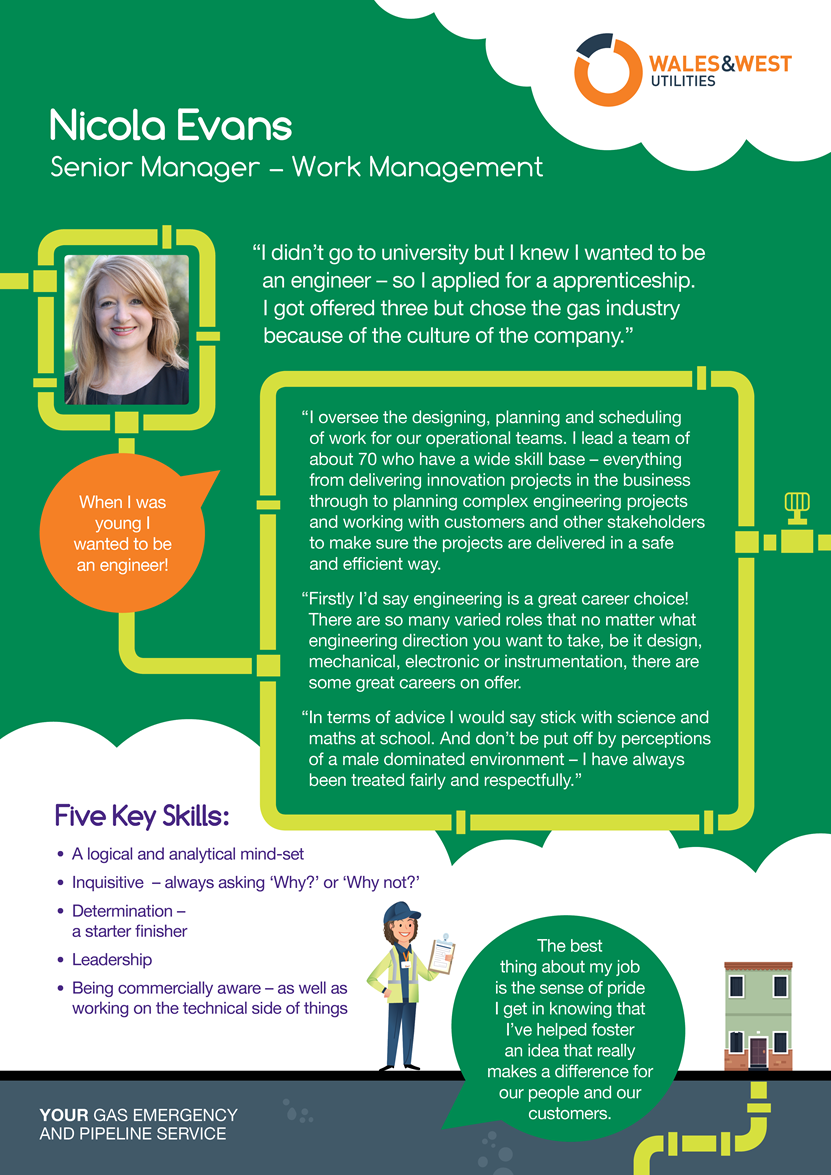 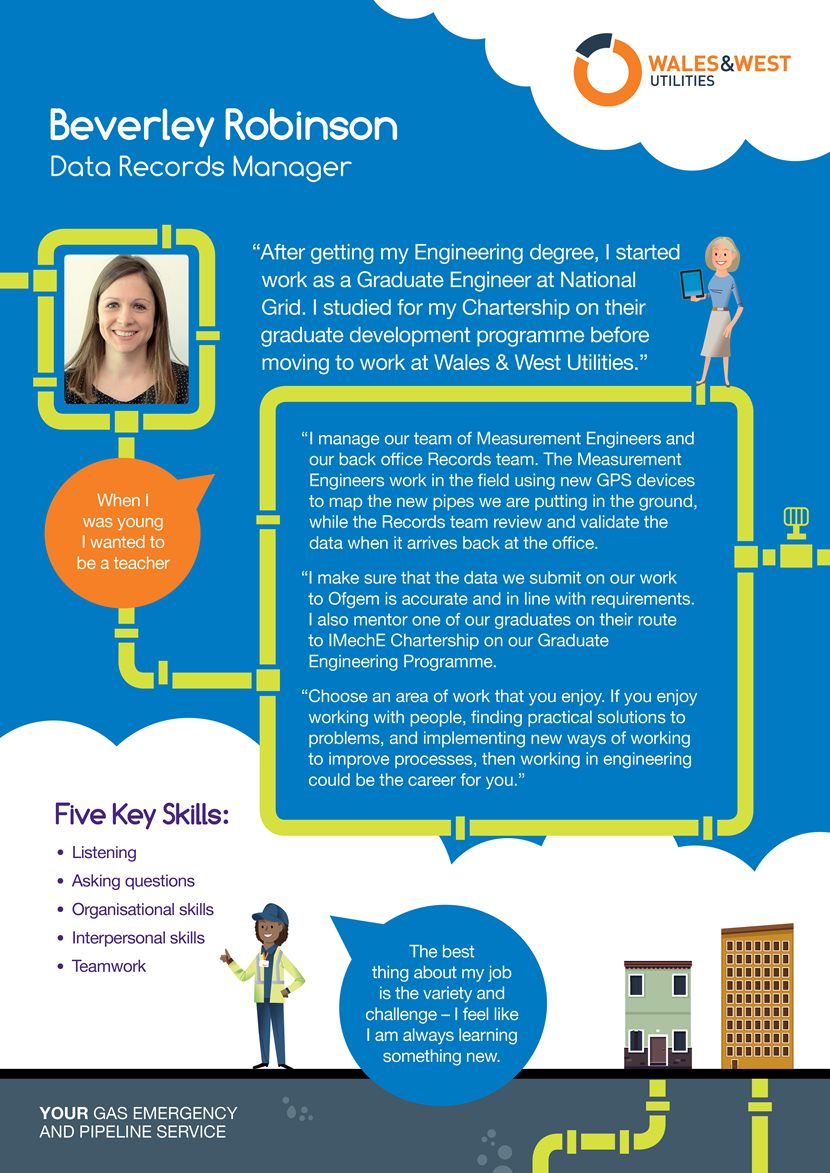 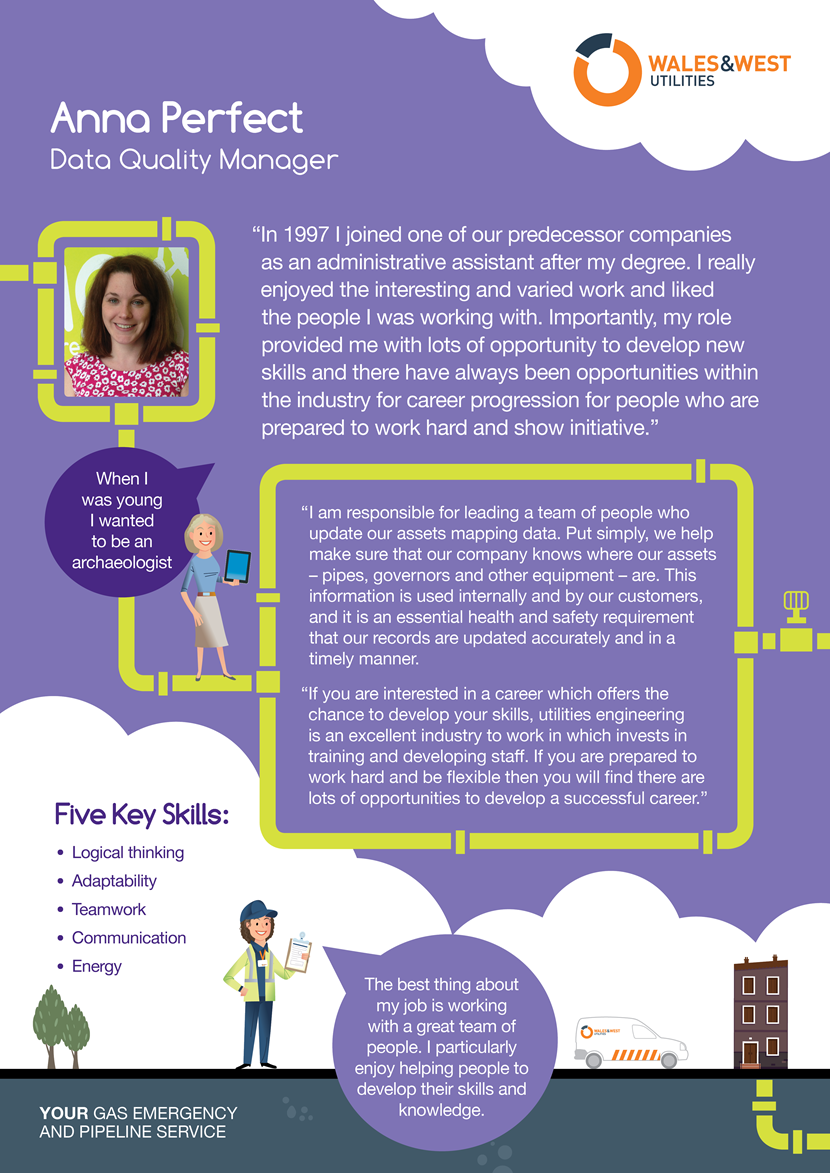 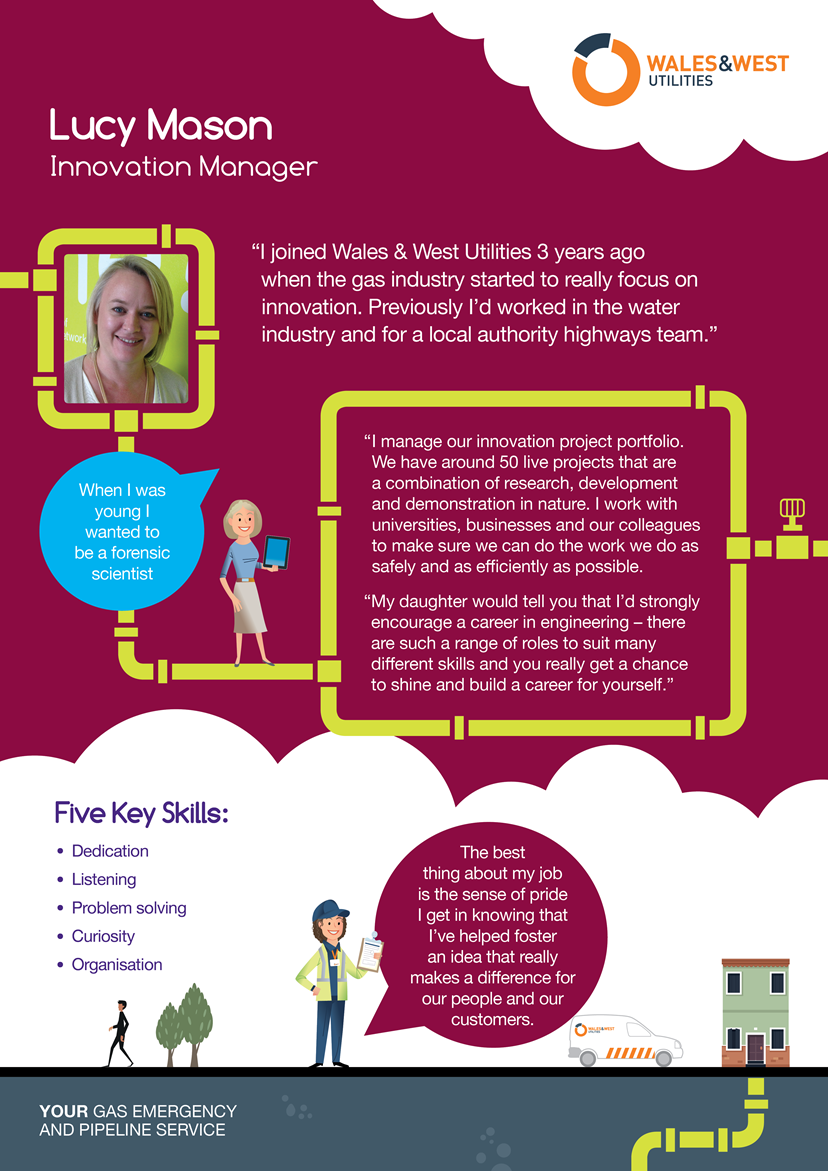 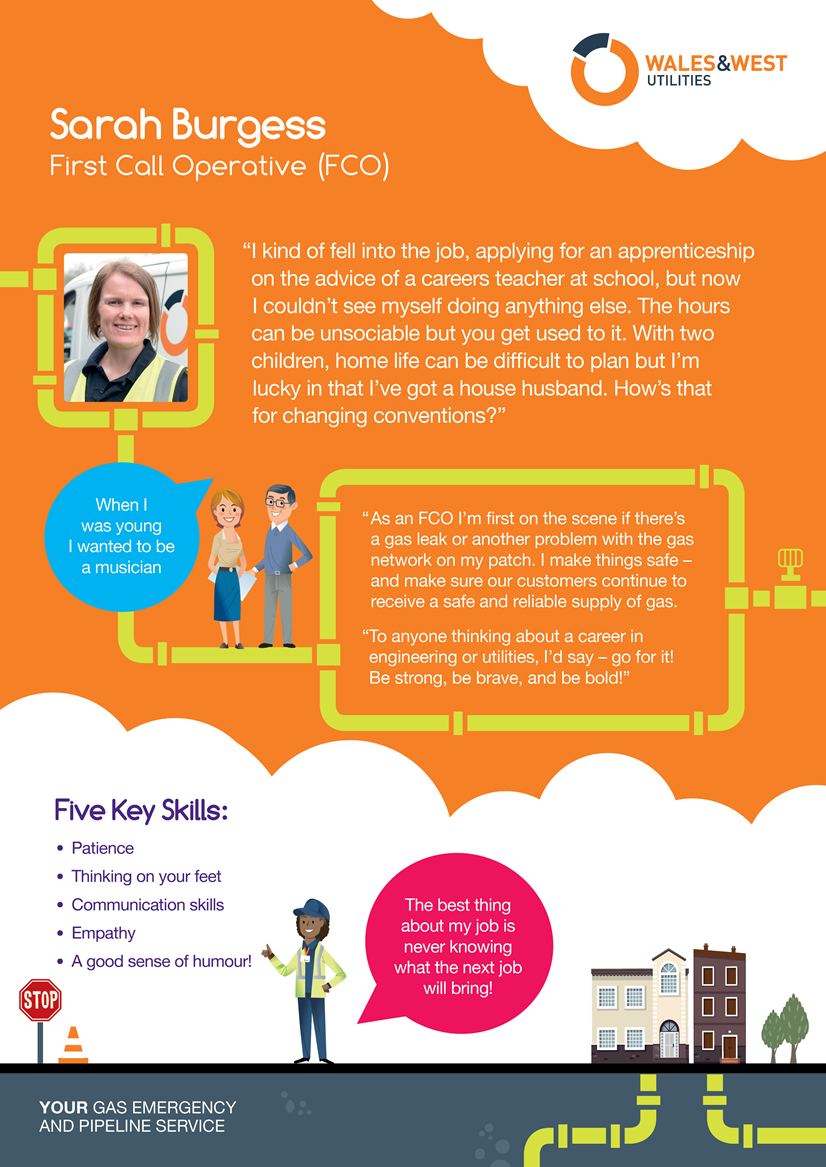 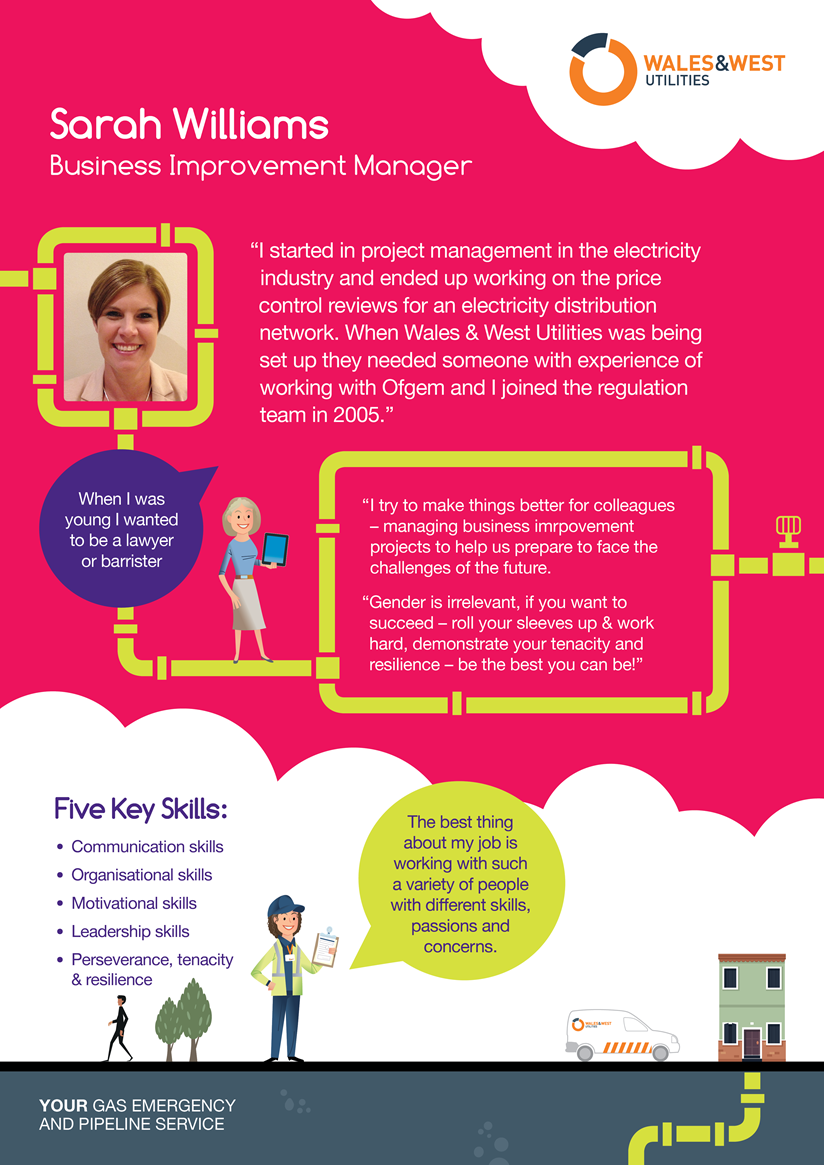 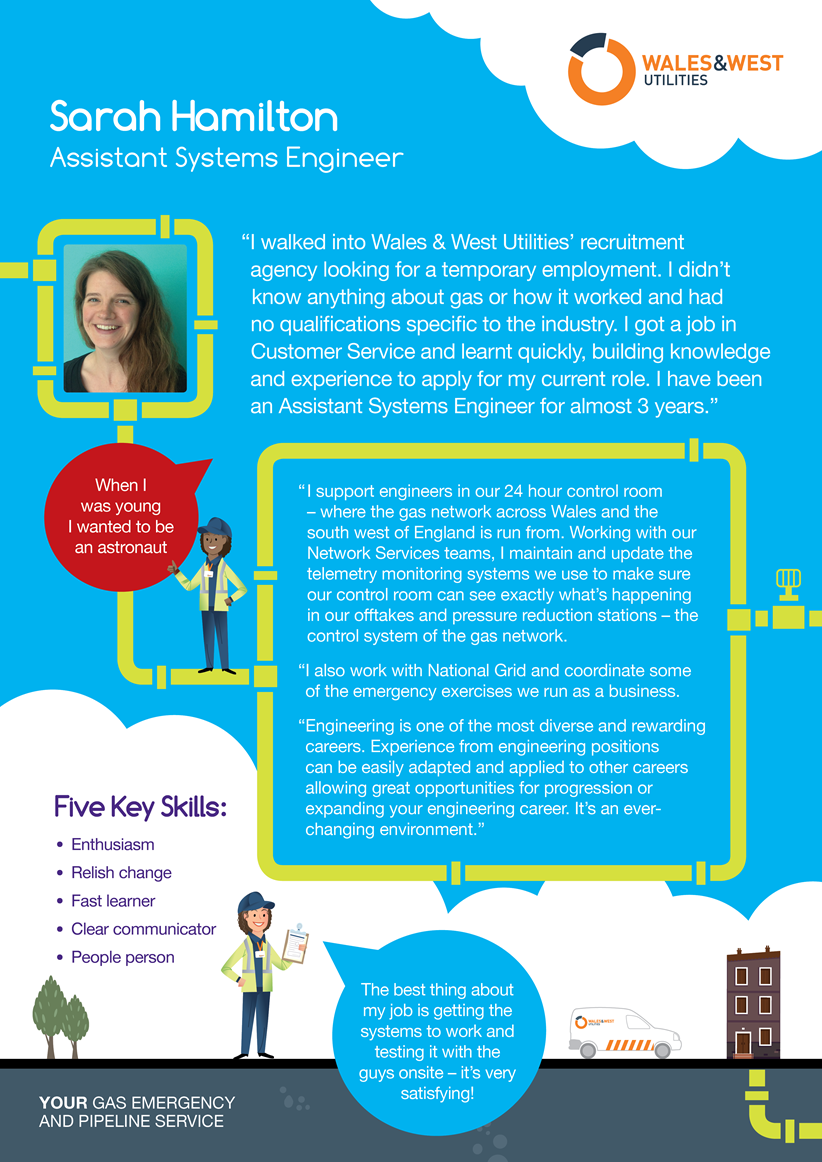