Gas for the nation

While Brexit and Europe have dominated the headlines recently, there was recently an announcement from the Labour Party that could have a direct impact on us as a business.

The Party announced that were they to win the next General Election, they would seek to renationalise energy networks – including National Grid, DNOs and GDNs. In their place, Regional Energy Agencies, owned by the State, would have responsibility for delivering electricity and gas to homes and businesses.

It will, obviously, come as no surprise, that we don’t think this is a good idea.

But that’s not out of a sense of self-preservation – we’ll operate in whatever regulatory structure the Government sets out. Our view on this is driven by the needs of our customers and the communities that rely on us.

The gas industry was de-integrated and privatised in the 1980s, and then regionalised in 2005, when National Grid was split up. This almost brings us full circle since gas started being used in the UK in 1798. 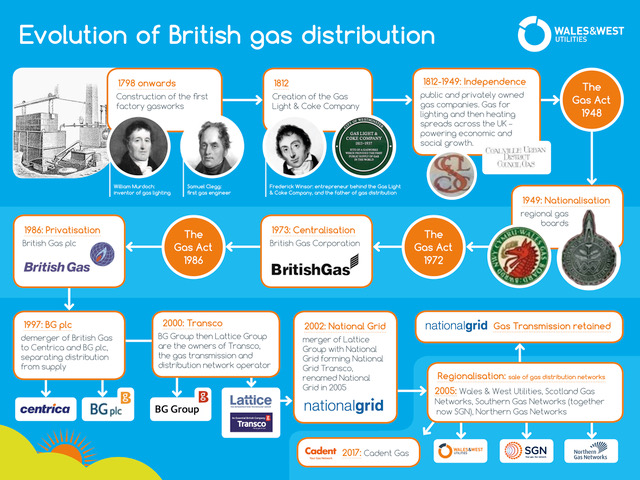 In the 1980s, the Government of the day recognised that there was a need to vastly increase spending on both the electricity and gas networks to make sure they remained safe and reliable. At a time of reduced public spending, they didn’t feel that the Government could deliver the investment required, so the private sector needed to step up.

And step up it has.

More than £100bn has been invested in energy networks since then – meaning that our electricity and gas networks are safer and more reliable than they ever have been. On average, without notice, it’s over 150 years between interruptions to gas supplies, while there are 60% fewer power cuts today than before privatisation. And you only have to look at our Ofgem customer service scores and feedback from the Institute of Customer Service to know that the quality of our customer service has improved in other ways too – with over 90% approval ratings.

This has been delivered at the same time as costs have reduced to customers from networks. Since privatisation, the network element of energy bills has fallen by 17% and are at their lowest ever rates – something we should all be proud of.

While networks are becoming more reliable and cheaper, we’re also helping to decarbonise. For us, that comes in several of ways: 30 flexible power stations connected to our network are enabling renewables, supporting wind and solar energy when the wind drops or the sun doesn’t shine. This flexibility that gas offers has been a big contributor to the removal of coal from our electricity mix. Alongside this, we’ve already decarbonised the gas supply to over 120,000 homes through injecting green gas into our network – with lots more in the pipeline, and are helping improve air quality by enabling compressed natural gas (CNG) vehicles. Three connections in Swindon, Bristol and Plymouth are fuelling buses and HGVs.

But it’s not just infrastructure we’ve invested in: we’ve invested in our people too. 171 apprentices since 2005 with 19 more joining us later this year mean almost 20% of our operational team have joined us through this route, while our managerial traineeships and graduate programme are also helping us prepare our team for the future.  And we’ve always strived to make Wales & West Utilities a good company to work for too. So, while we know that there’s more we can do, as Chief Executive I’m proud of things like our industry leading carers policy, our negative median gender pay gap, and the wellbeing programmes we have in place to support colleagues at home and in work.

Labour say we should be nationalised to reduce our costs, increase investment and deliver decarbonisation. I’m confident we’re already actually doing all three. As Wales & West Utilities since 2005, this is for all intents and purposes the longest period of settled structure and ownership in several decades, and our customers are seeing the benefits.

While I strongly believe that the current market structure of private companies delivering a public service is working, I recognise that some have differing ideological and political views. And that’s what the nationalisation debate is. It’s an ideological choice. Because on whatever metric you chose: cost, customer service, investment, safety, reliability or decarbonisation, thanks to our efficient organisation and the hard work of our committed team, we are delivering for the customers and communities that rely on us to heat their home, power their business and keep their lights on. 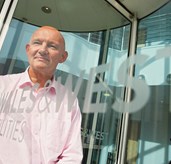